Forge Guard lead the way! Well behind the highshields but still they lead-ish. 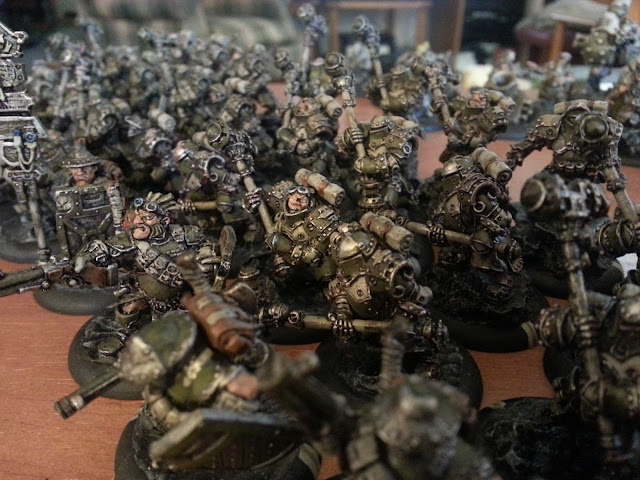 Hi all here is a quick blog on forge guard… and no this is not a veiled excuse to show off my forge guard photos or anything, it is quite obvious that is what this is about, also some bits on lists that feature a lot of forge guard!

Forge Guard brake down
These models are awesome, they just simply look well, awesome! They also have some real solid rules to back them up.
First let us look at their stats, 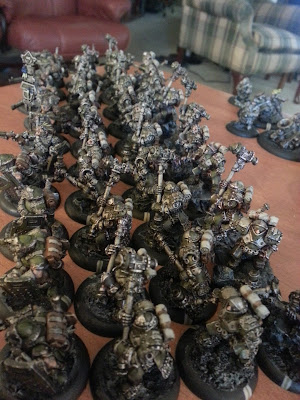 Spd 4 so they’re slow, but there are ways to fix that. Ossrum feat for one is really nice.
Str 6 good solid stat there no real issues there.
Mat 7, now this is really nice to have on this unit, means they are the best hitters in melee models save casters and boosted attacks you have.
Rat 4, no gun so this stat could be zero for all I care.
Def 10, not that great they will be hit by anything and everything.
Armor 16 (18 with Defensive line) so that is really a solid armor stat, and you can even run and still get that armor. On Ossrums feat turn they become armor 20 so yeah it is not bad at all.
Command 9, a nice moderate level, and models like Rockbottem can insure that these never flee that battle.
Weapon. Pow 5 so P+S =11, with reach and weapon master it is not hard to see why these models have become the staple of most dwarf lists.
Points, 5 points for six and 8 points for ten. This is really a great price for what you get, the stats are nice, reach and weapon master are nice and that alone is worth 8 points, then you add in Defensive line, ranked attacks and a crit smite effect and these models are a steal if you ask me. 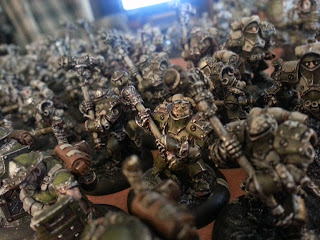 Abilities,
Defensive line, models that are in base contact gain a +2 armor boost.  Simple and really reliable to get off. It does mean that you tend to buddy up these guys so that they are touching one or more model in the unit to gain the bonus but it give you an above average armor rating for units.
Ranked attacks, this is nice it allows you to charge up behind another unit of hammers or highsheilds and use the reach to attack whatever is engaged with the other unit, It also allows models to shoot though them and that does come in handy when you want to shoot with your caster or other units.
Crit smite. This is a really good critical effect, it allows your little unit to slam models away from them, if they don’t kill them they can at least get them off of objectives and also cause them to do collateral damage and knock things down.

Because Rhulic models are limited, I feel that Privateer press made the units we do have well rounded and have loads of good rules to make them each really worth playing around with.
Hammer themed lists 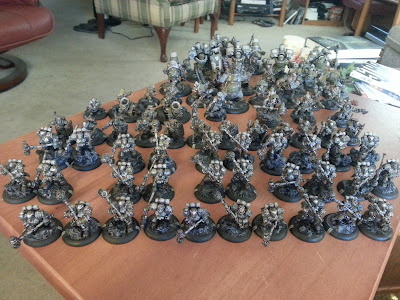 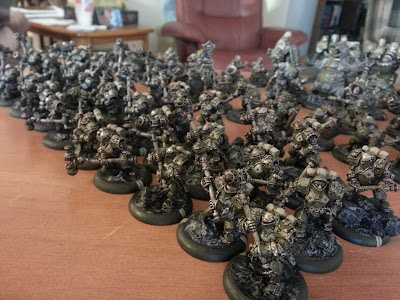 These lists are not really completive lists because they are Rhulic but man there fun to play. I just love my forge guard! Each list will hit really hard when they do get into battle. Both casters have feats that can help with that. Ossrum gives out +2 speed to all the dwarfs, pathfinder and +2 armor. This really helps get things moving. Gorten moves the enemy models, this allows you to get things out of combat so they can charge into it again, also it can push things off of objectives.. That added to the debuff he gives everything that is moved, I would say it is one of the most powerful feats the dwarfs have to offer. 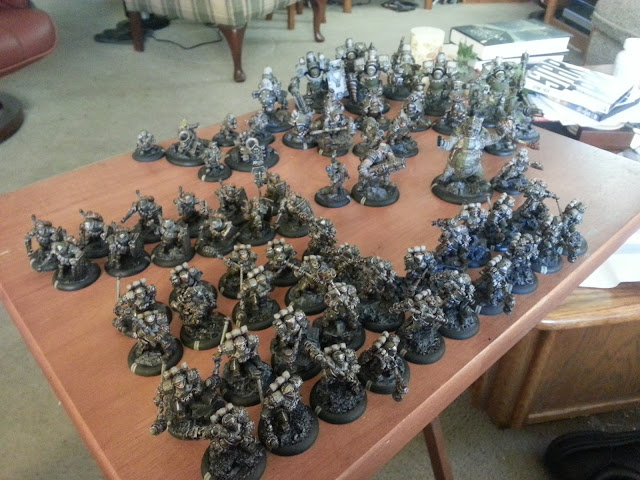 Anyways that is all for now.

Whats up with all that hype? (Running 1 or 2 Hyperion jacks.)

Colossals are big. You just won't believe how vastly, hugely, mind- bogglingly big they are. I mean, you may think it's a long way down the road to the chemist's, but that's just peanuts to a Colossal.
-Duogles Adams-ish 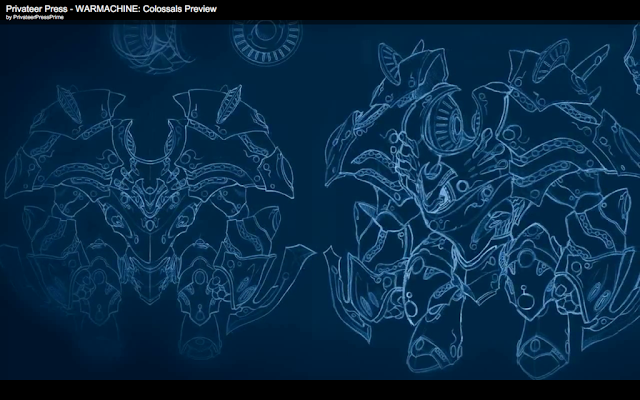 Hi all, once again I am diving into warmahcine! This time to talk about one of my newer-ish armies Retribution!

Once I started playing Ret I began to fall more and more in love with the Hyperion Rules and it's model. I finally got to the stage where I really wanted to try the big beast-y out. After a month or two of playing around with one, I got a second one, that is how much I love this jack.
Read more »
Posted by Unknown at 11:22 PM No comments:

It is a strange and undeniable fact that things in life happen, and we don’t always understand why. Dogs will bark at cats and ants will dig holes in the ground. In fact this writer has no idea why he stopped writing his blog, but he fully intends to rectify this now. 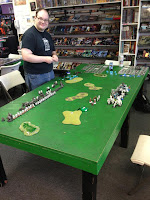 I thought I would restart this blog talking about one of my favorite warmachine armies.

Machines of war, or most commonly known as warmachine,  has been occupying my painting table and my gaming tables for the past few months. The two main factions I play are Rhulic (Mercs) and The angry elves (Retribution). Though if asked I would say I play Rhulic dwarfs, I know there technically mercs but I like to think of the dwarfs as an army unto themselves. 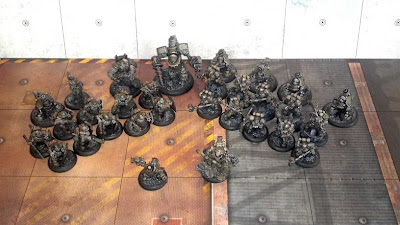 The army itself is considered non- competitive by most players, this is due to lacking key units and models to let it compete at the high levels. That I think is where the fun of the army is found.  If I hear that an army in no way is competitive this makes me want to play them and prove the concept flawed. I am not a competitive warmachine player but I do enjoy challenging lists and dwarfs do not lack in that department. 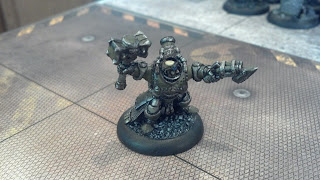 Dwarfs are vary strait forward as an army, they are also limited in resources.  The Rhulic models are slow and rely on high armor to stay alive, though in the game’s meta of lots of weapon masters and conditions this means that the armor does not do too much “saving” these days.  So I have learned that you cannot always rely on the high armor, but the units are relatively cheap and well rounded to make up for this in my opinion.